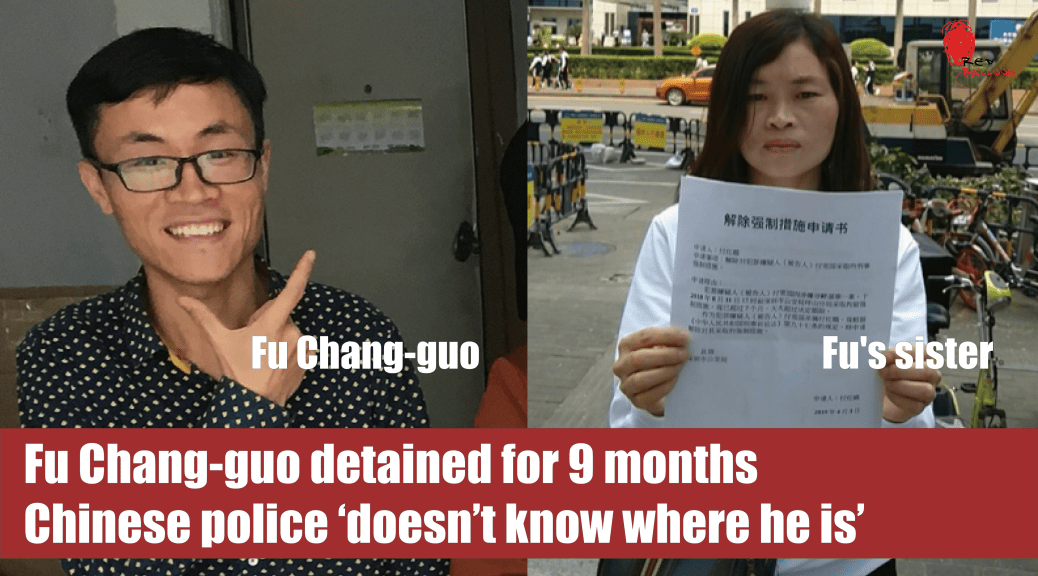 In China, the issuing of a ‘Notice of Detention’ from a local public security branch is already enough to strip a citizen of all person freedom indefinitely. Such is the case of labour activist, Fu Changguo.

What happened to Mr Fu Chang-guo is an example of the such power abuse. Mr Fu, staff of labour NGO ‘Shenzhen Dagongzhe Workers’ Centre (DGZ)’, was invited by some workers to a protest in front of a police station amidst the Jasic labour dispute in July 2018. He appeared on the scene and shared the news on social media. Such actions were followed by questionings from the Shenzhen police in late July, and he was later criminally detained since 11 August. On 24 August, an article published by the state media outlet, Xinhua, accused Mr Fu as the ‘black hands’ behind the incident, stating that Fu ‘incited the workers and stirred things up’.

Apart from the question that whether his appearance on the scene or the news sharing on social media constituted ‘inciting and stirring’, it is a horrifying fact since the arrest of Fu, the only documents that his family received from the government were a ‘Notice of Criminal Detention’ and a notice on refusal of lifting detention. And under pressure from the authorities, Fu’s family has since changed his attorney three times. Moreover, despite his attorneys tried to meet with Fu on multiple requests, only one meeting was approved in October 2018.

In March 2019, while Mr Fu’s family and attorney visited the detention centre and requested to meet him, they were told that Fu was already taken away by officers on 26 January. They went on to the Yanziling police station, Pingshan police branch and Shenzhen police bureau to look for Fu, but all efforts were in vain. Fu’s attorney applied for lifting his detention, and fifteen days later when he asked for a follow-up, the officers from Pingshan security bureau who arrested Fu said that ‘things were not in their hands’. Fu is officially disappeared ever since. Whether he is alive or dead remains unknown.

In legal terms, the public security authorities are obliged to inform the detainee’s family of the reasons and locations when changing his/her forms of detention. However, the public security authorities at different levels in Shenzhen fail to provide relevant information. The period of detention imposed on Fu has already exceeded the legal provision. As such, Fu is effectively disappeared and is possibly tortured.

During his five months of detention and three months of forced disappearance, Fu has lost not only his personal freedom but also the precious opportunity to accompany his mother during her last days. Fu’s mother died of illness in January 2019 while he was under detention. Before she passed away, Fu’s family repeatedly requested the authorities for an interim bail so that he could see his mother one last time, but all requests were denied. Fu was not even allowed to arrange his mother’s funeral. 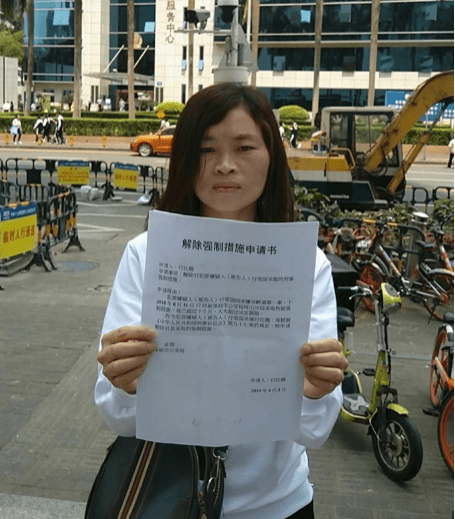 Fu’s elder sister went to Shenzhen police bureau and tried to hand in an ‘Application for lifting compulsory measures’. The security bureau rejected her application letter right away.

Fu’s elder sister went to Shenzhen police bureau and tried to hand in an ‘Application for lifting compulsory measures’. The security bureau rejected her application letter right away.

As a young man who upholds justice and willing to help grassroots workers, Fu Changguo won the hearts of the workers. After Fu’s arrest, the workers voluntarily wrote articles in order to raise public attention. In these articles, Fu was described as an ‘honest, brave and zealous young man’. When he explained labour law to the workers, he never lost his patience if they do not understand immediately. He would explain it over and over again until they understand.