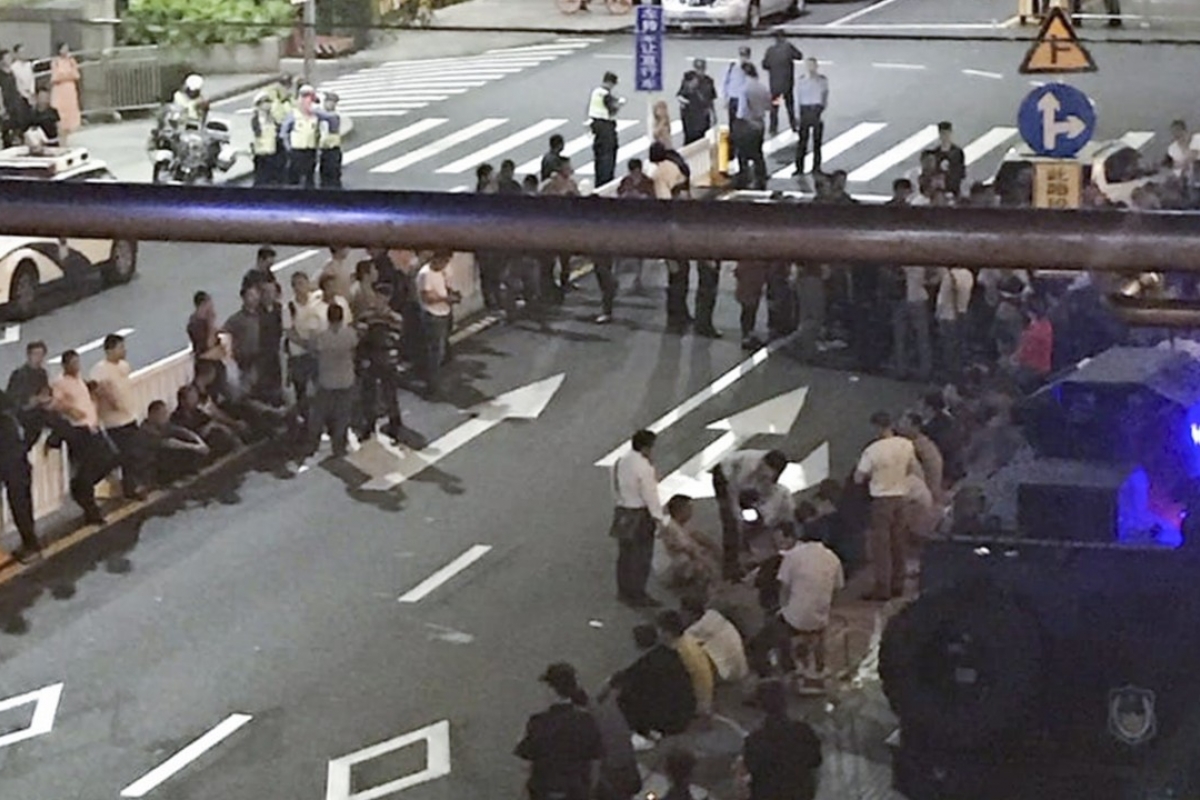 Chinese workers who are terminally ill with silicosis complained of being pepper-sprayed and beaten by police during a demonstration outside Shenzhen government offices on Wednesday night.

According to protesters, who provided videos and photographs to support their claims of heavy-handed policing, more than 300 workers from Sangzhi and Leiyang in central Hunan province travelled to Shenzhen on Monday for the ninth time this year to petition authorities for work injury compensation and medical costs after contracting the lung condition, for which there is no cure.

They were representatives of more than 600 people who worked on construction sites across Shenzhen in the 1990s and 2000s.

One demonstrator – who suffers from advanced silicosis – said they marched to Shenzhen city government building on Wednesday afternoon, where they demanded to meet the mayor. They started a sit-in which ran into the evening, but a scuffle broke out about 8pm after a female protester tried to stop a security agent from filming her.

“She touched the video recorder but was kicked so hard that she fell on the ground. This has angered a lot of workers,” said the demonstrator.

Workers claimed there were beatings by police and demonstrators were pepper-sprayed. Ambulances arrived and protesters were taken to hospital for treatment.

A spokesman for Shenzhen said the city government would not comment on the incident.

In the videos, demonstrators were seen coughing and falling to the ground.

One protester, a 50-year-old from Leiyang, claimed pepper spray caused him to cough so hard he brought up blood. 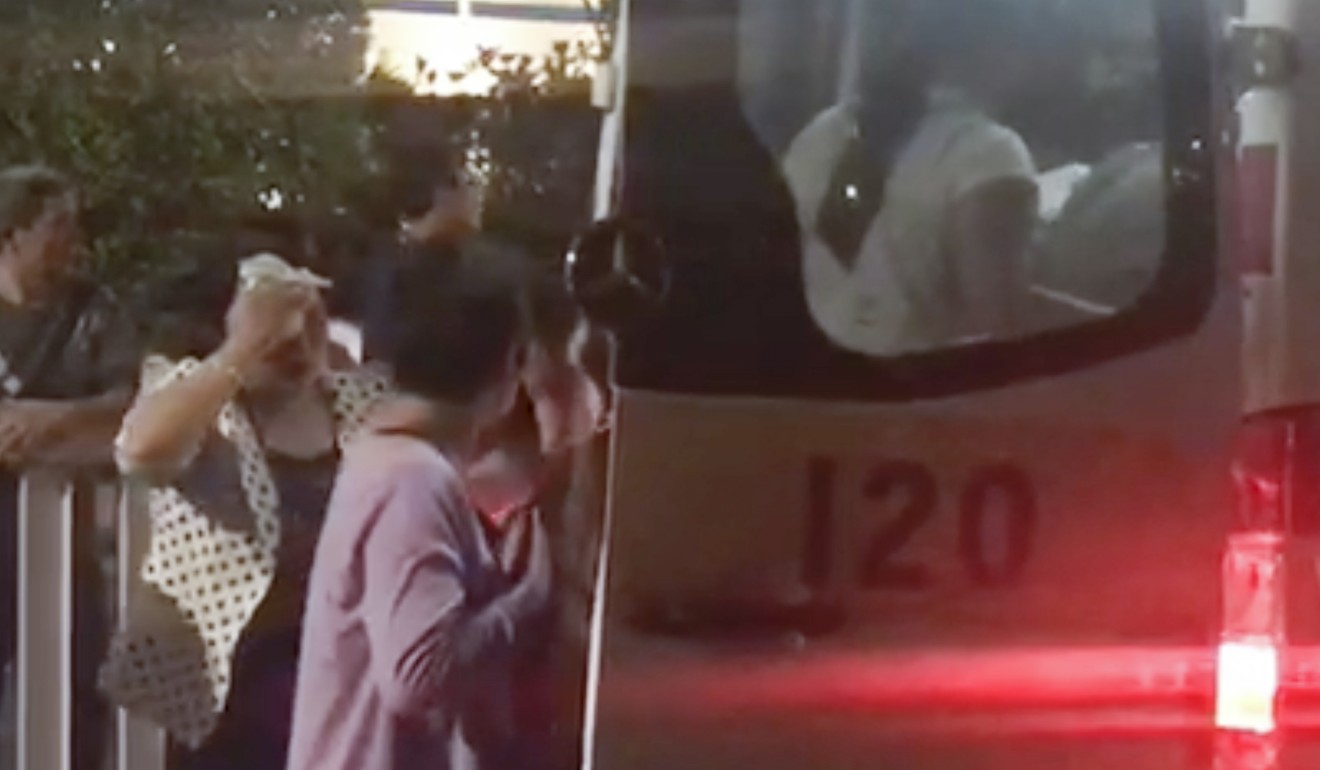 Relatives of workers crowd around an ambulance as protesters queue for treatment for their injuries during a demonstration at Shenzhen’s local government offices.

“No one cares about whether we lived or died after the scuffle broke out. So more than 100 of us went along the road to a bridge. We wanted to jump off the bridge together,” he said.

Their attempts to reach the bridge were blocked by police.

“We cannot accept that the Shenzhen government just kept holding us off and used violence on us. What is the point of keeping this life?” he said.

The workers’ campaign began in 2009 and many have succumbed to their illness since then.

“The petition of Chinese silicosis workers has shown us the social injustice behind today’s economic development. What place do Chinese labourers have in China’s dream?

Workers have struggled to win compensation for the cost to their health as they had no documentary proof of their employment. China introduced a law in 2008 that required employers to issue contracts to staff.