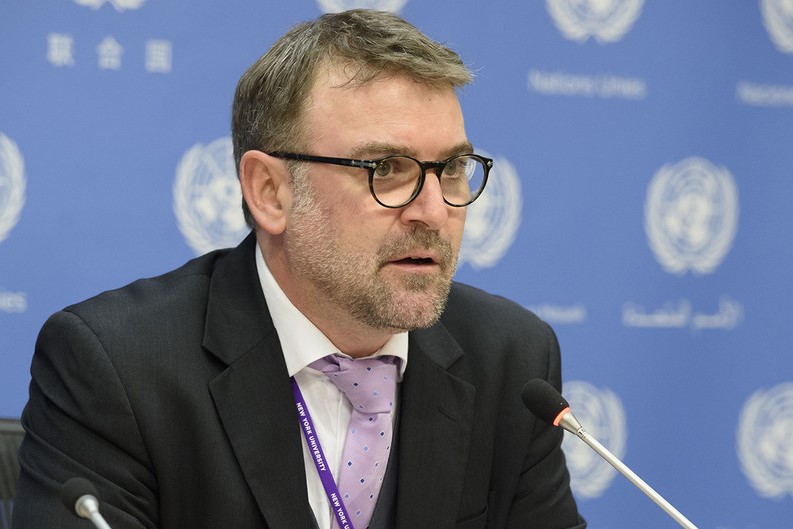 The United Nations Working Group on Arbitrary Detention, Working Group on Enforced or Involuntary Disappearances, the Special Rapporteur on freedom of expression and the Special Rapporteur on the situation of human rights defenders have released their July communications with the Chinese government on the case of detained labor rights defenders, YANG Zhengjun, WEI Zhili and KE Chengbing.

The UN Working Groups and Special Rapporteurs express concern that the iLabour Three have not been able to see their lawyers. They also remind the Chinese government that the placement of individuals in Residential Surveillance in a Designated Location constitutes a violation of several articles of the Universal Declaration of Human Rights, and that the same declaration calls on states to guarantee the basic rights of freedom of opinion and expression.

See the full letter below. 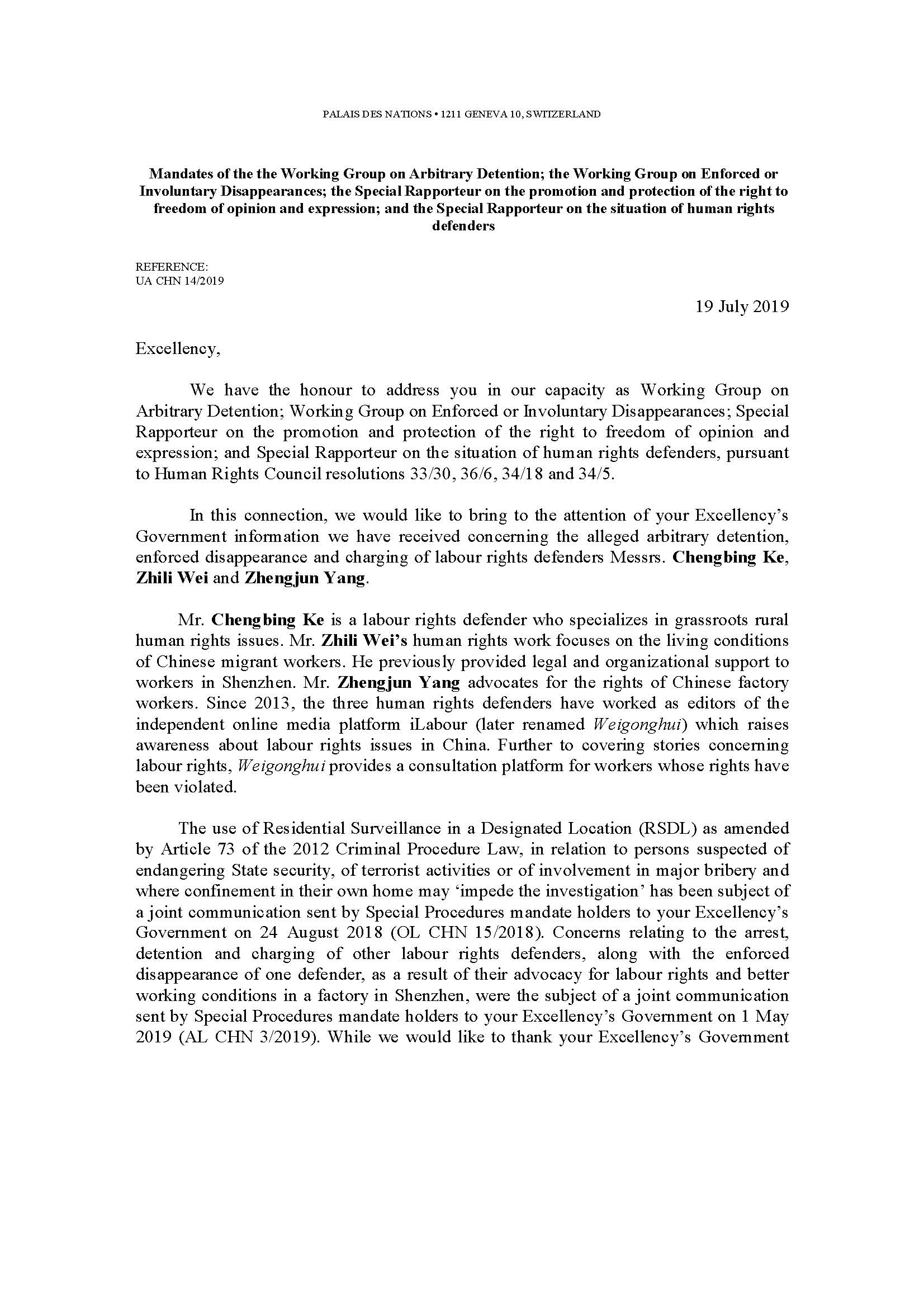 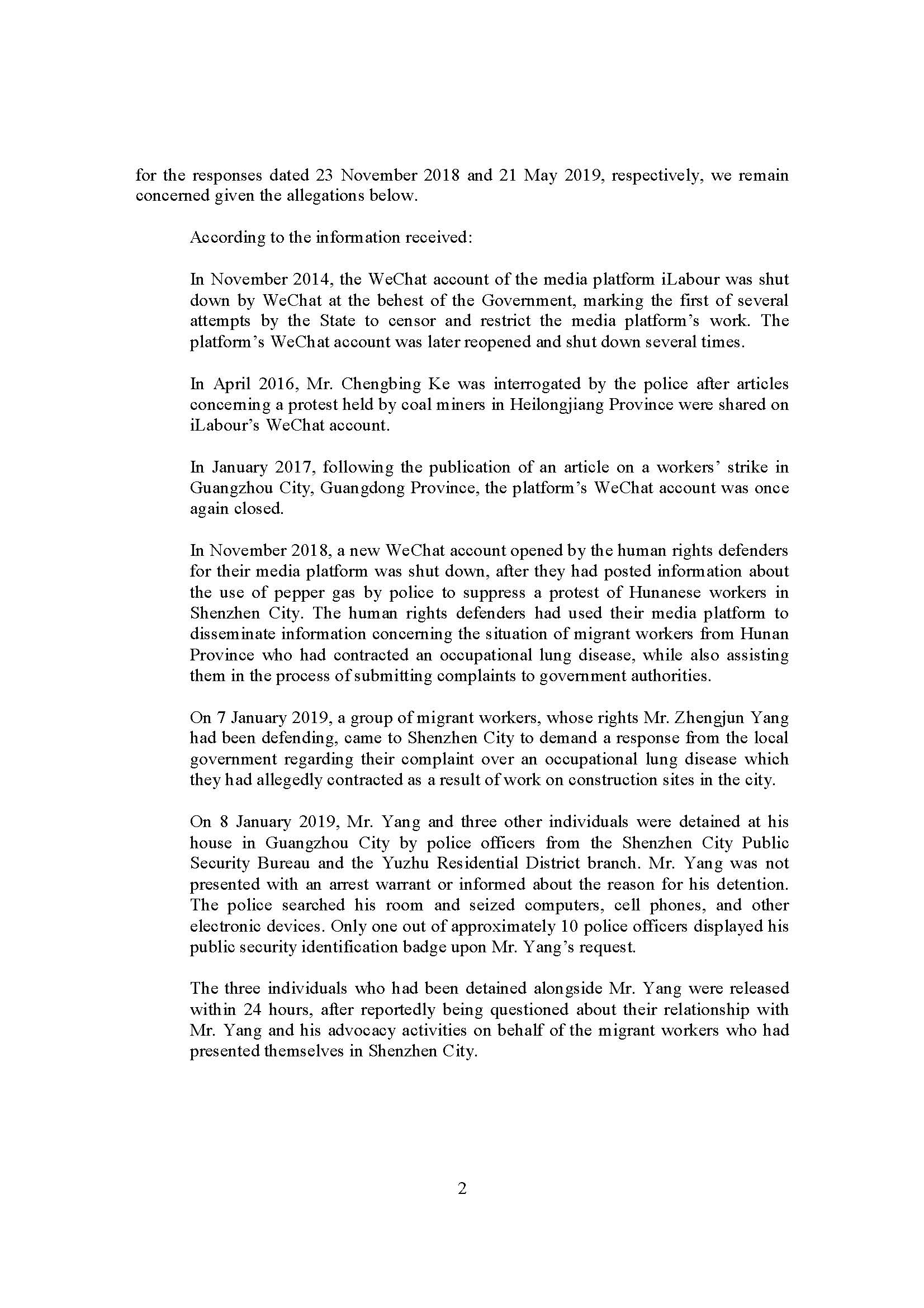 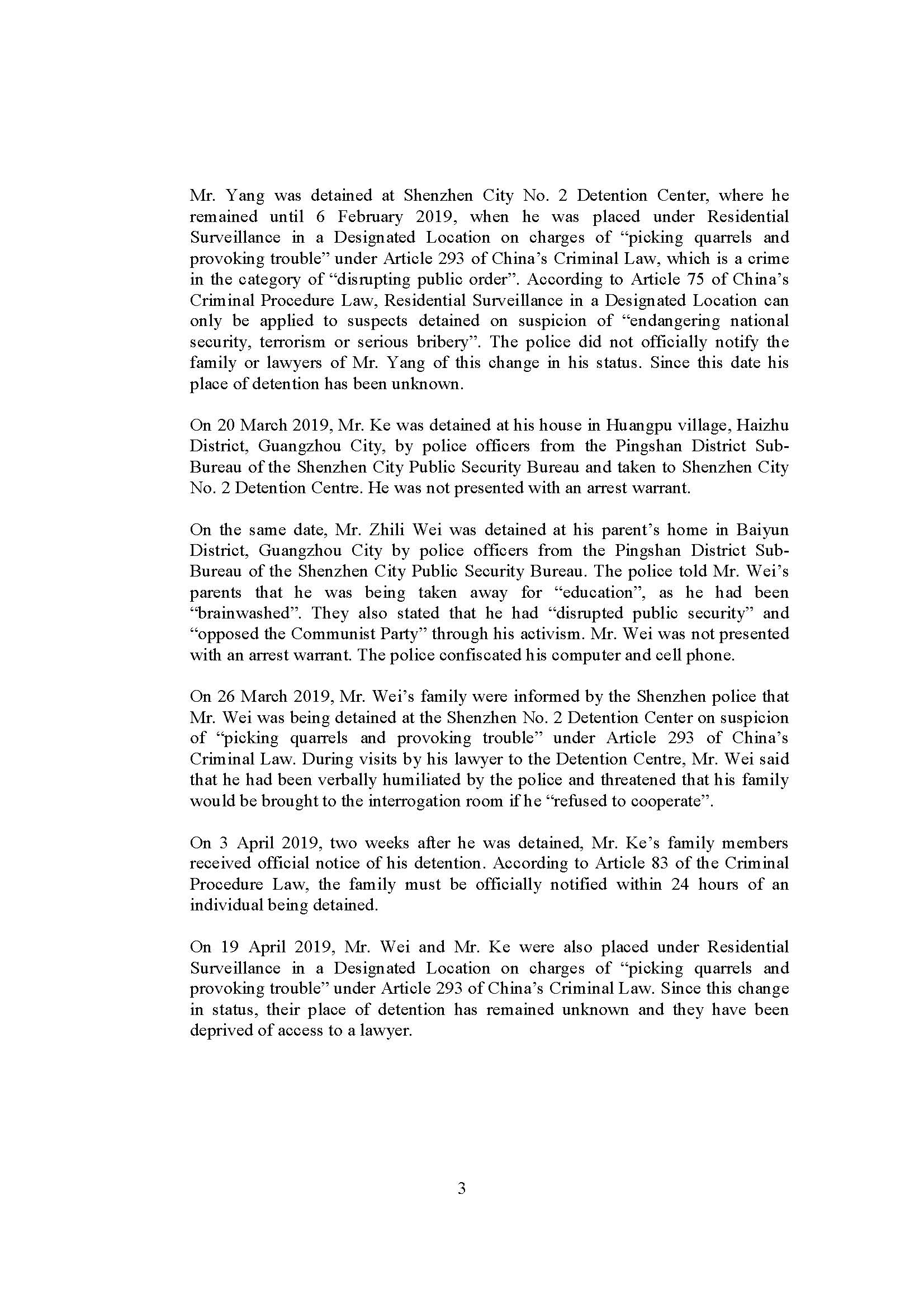 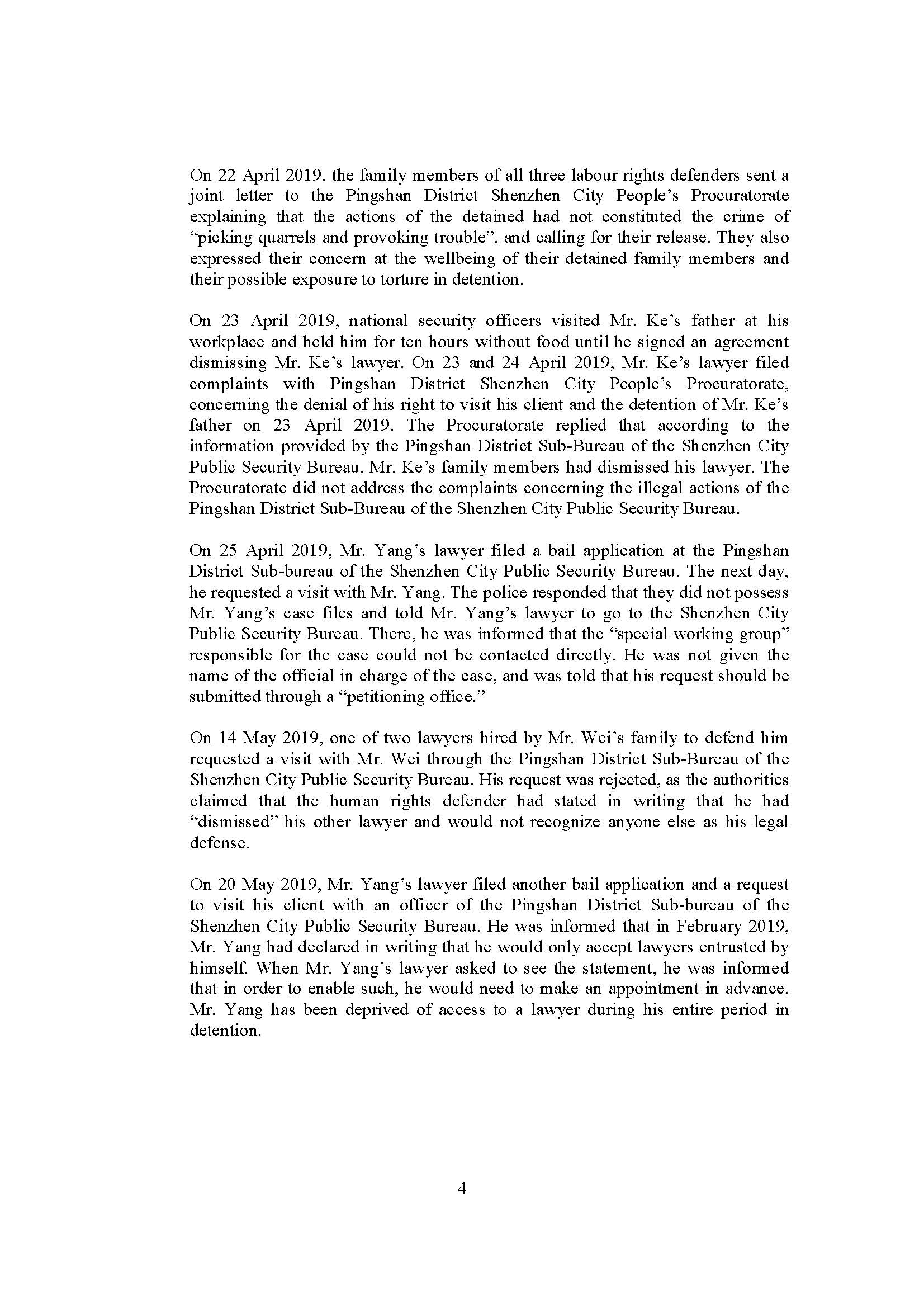 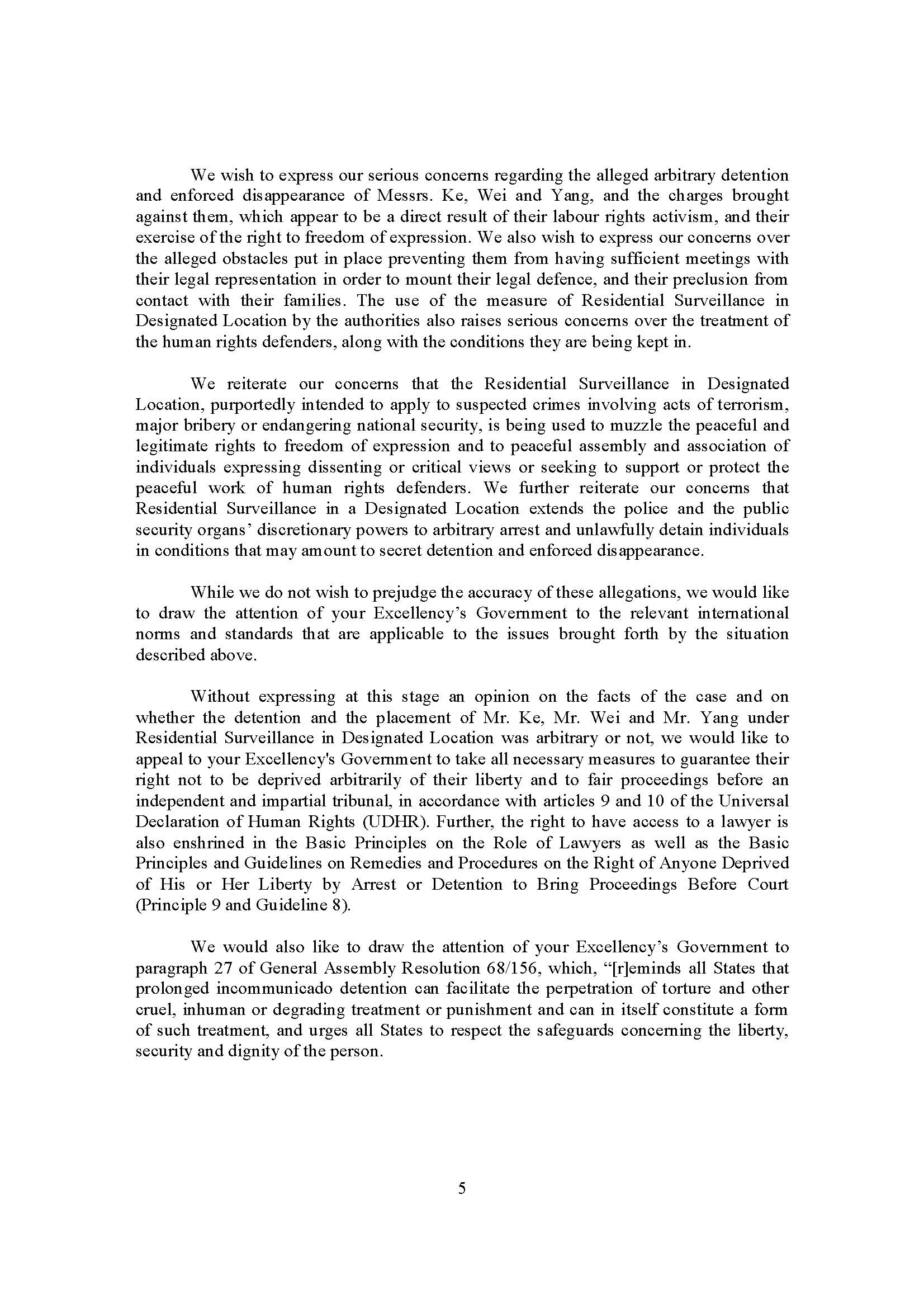 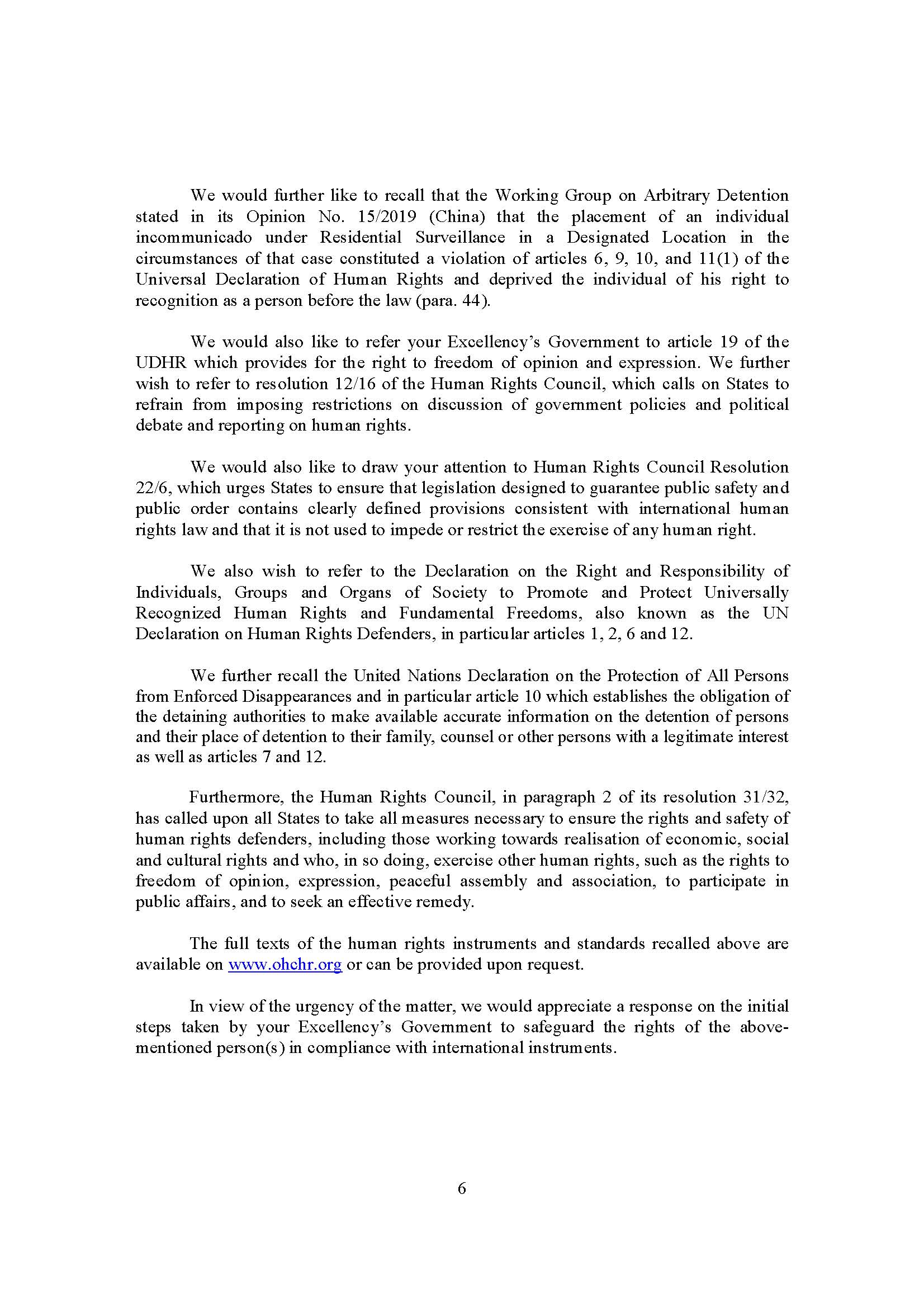 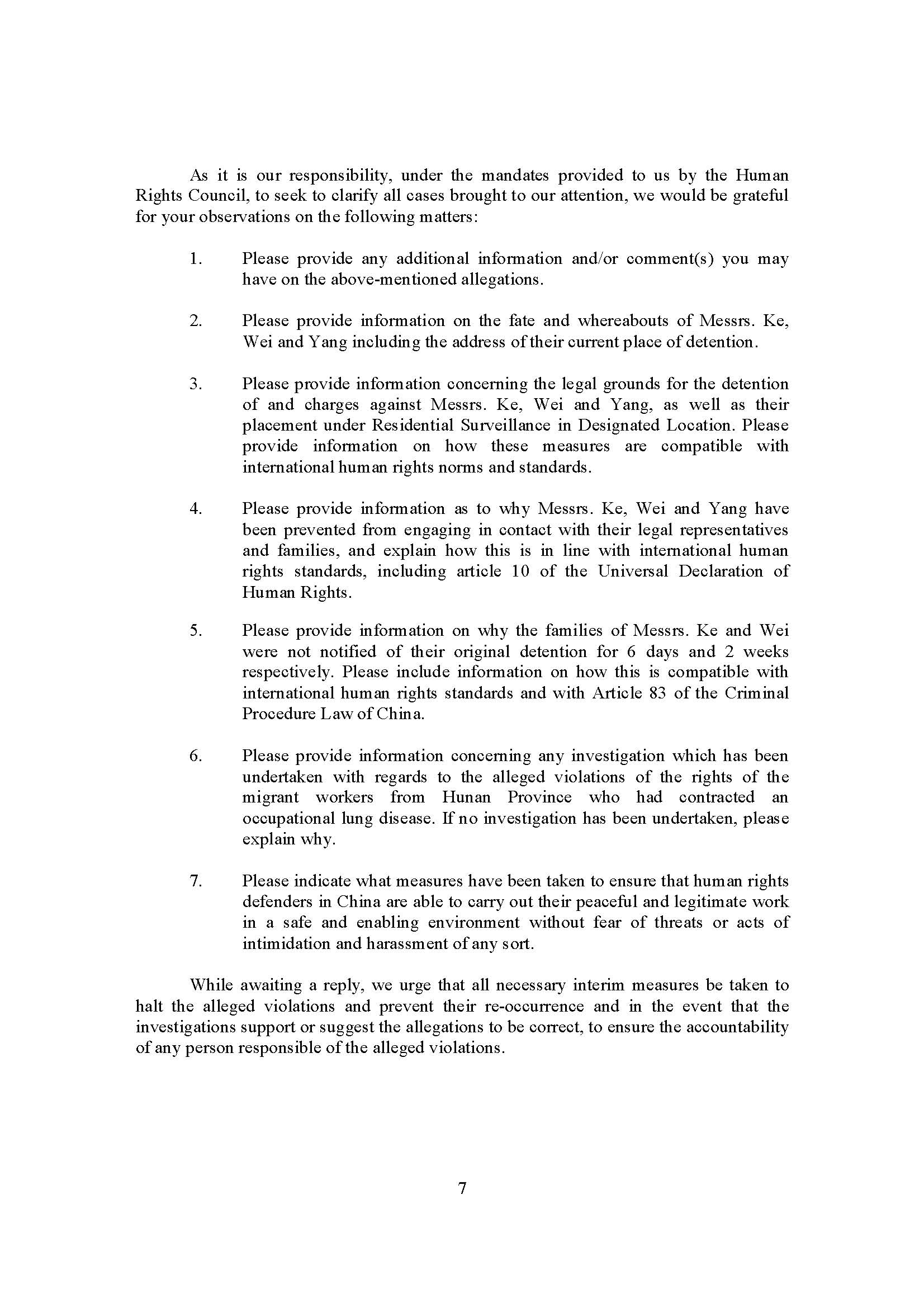 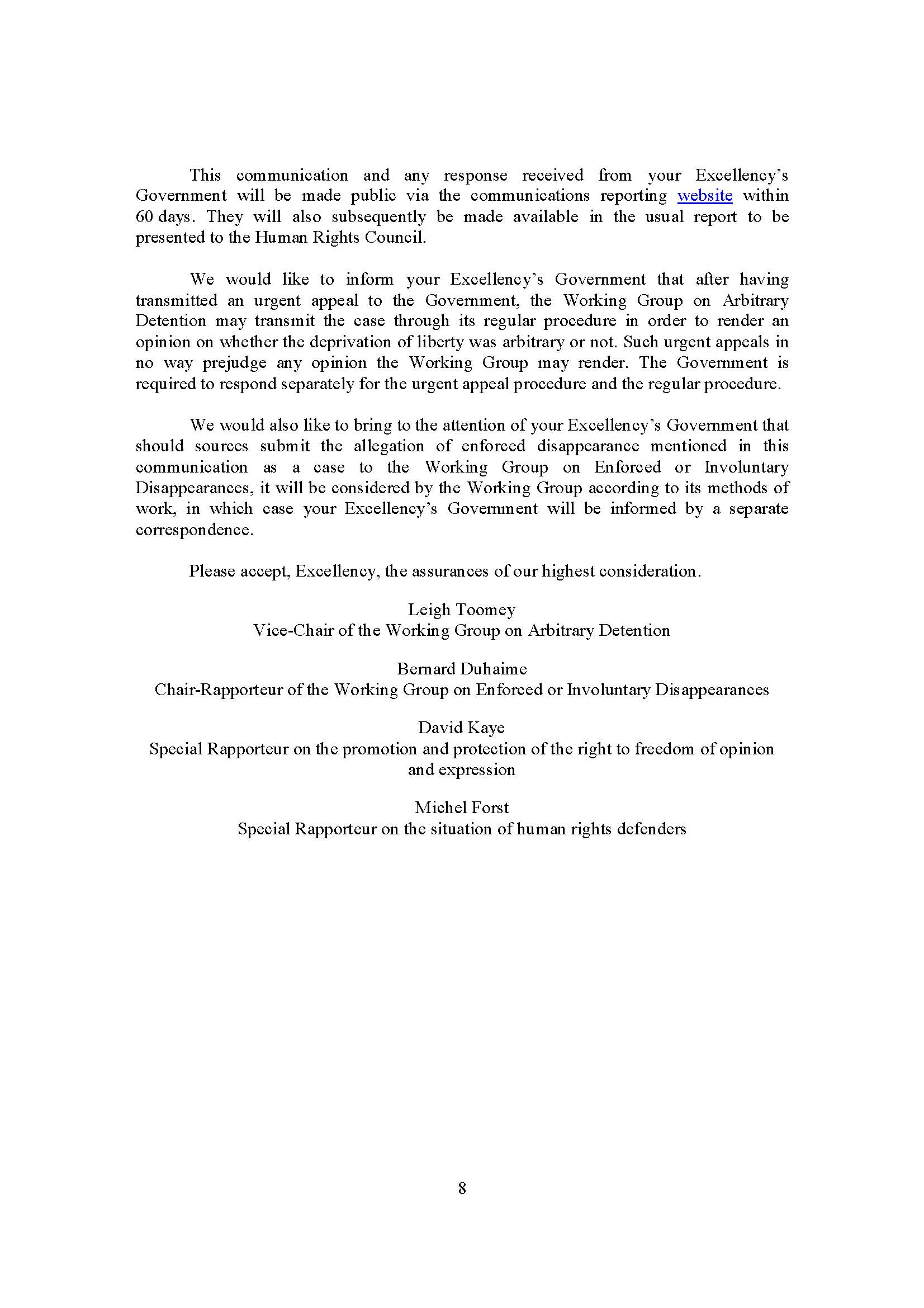