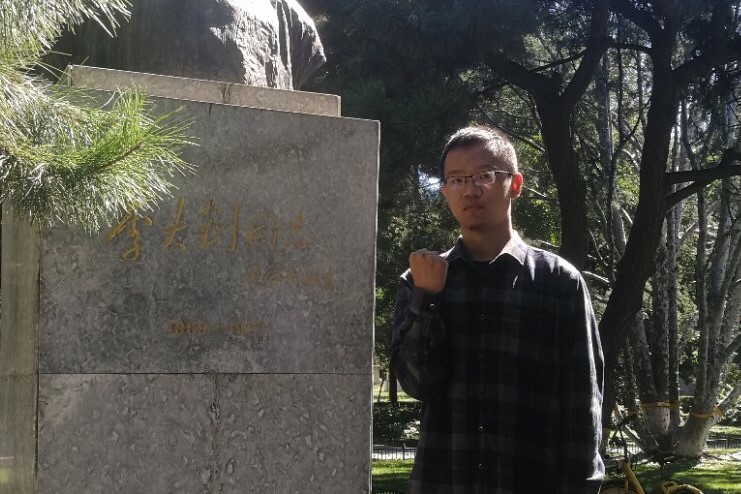 BEIJING (Reuters) - Chinese police detained a well-known Marxist at a top university on Wednesday, a witness said, on the sensitive anniversary of the 125th birthday of the founder of modern China, Mao Zedong, whose legacy remains deeply contested.

Qiu Zhanxuan, head of the Peking University Marxist Society, was grabbed and forced into a black car outside the east gate of Peking University by a group of heavy-set men who identified themselves as police, a student told Reuters.

“I saw a black car parked by the gate and seven or eight men in plainclothes lifting him by his arms and legs and forcing him into the car,” the student said, declining to be named due to the sensitivity of the situation.

Qiu was on the way to attend a memorial for the 125th anniversary of Mao Zedong’s birthday that he organized and had already been warned by a school adviser about the event on Tuesday, the student said.

“What’s wrong with remembering Chairman Mao? What law does it break? How can they publicly kidnap a Peking University student?” the student added.

The Ministry of Public Security did not respond to a request for comment.

Students at Peking University, informally known as Beida, set on a sprawling, leafy campus in northwestern Beijing, played a central role in launching the anti-imperialist May Fourth Movement in 1919 and the pro-democracy Tiananmen protests in 1989.

But campus activism has been increasingly marginalized in the era of President Xi Jinping, with Beida in particular taking steps to quash dissent and strengthen Communist Party control.

A movement that saw students and recent graduates of universities including Beida team up with labor activists to support factory workers fighting the right to set up their own union has been dealt with harshly by authorities, attracting international media coverage.

China has an awkward relationship with the legacy of Mao, who died in 1976, and his birthday, which was not marked in the print editions of major Communist Party newspapers on Wednesday.

Song Yangbiao, a Beijing-based neo-Maoist freelance journalist, told Reuters that this year “the leftists have gone quiet” and with no signs of any major activities to mark the birthday.

“I think the backdrop is the atmosphere around the 40th anniversary of reform and opening up,” Song said, referring to official events celebrating the start of China’s landmark economic reforms, with Xi giving a big speech last week.

“Remembering Chairman Mao will lead to a major clash between the two streams of thought.”