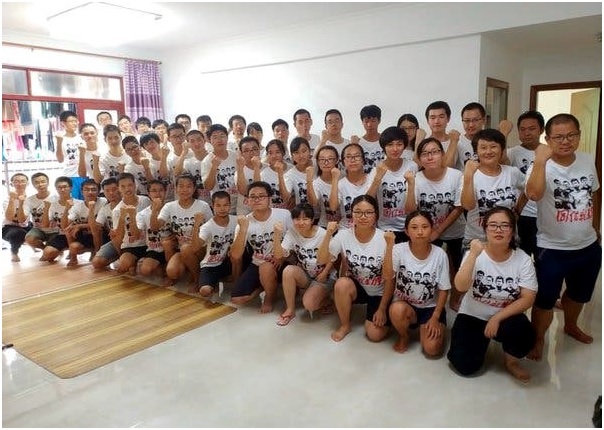 BEIJING — For months, a group of outspoken young communists has put China’s leaders on edge, organizing a fiery campaign for workers’ rights that has evaded the government’s tight political control.

Now the authorities appear to be deploying a new weapon in their efforts to crush the movement: forcing students to watch videotaped confessions in which detained activists say they spread false information and violated the law.

Student activists, who asked not to be identified for fear of being punished, detailed the existence of the videos in interviews and online posts on Monday. They said that more than 20 students at elite Chinese universities had been forced to watch the videos in recent weeks as a way to pressure them to abandon their activism.

On Monday, the activists said they believed the confessions were coerced and vowed to continue their campaign.

“Do not use confession videos to cover up your sins,” the students wrote in an online post, which they directed at the police. “You can’t imagine that people will give up the fight because of a video.”

Chinese public security officials did not immediately respond to a request for comment.

The confessions are the latest escalation in the Chinese government’s efforts to stop the campaign by the young communists, who have proved unusually resilient in the face of repeated crackdowns.

The activists have embraced the ideas of Mao, Marx and Lenin — which students are required to study at Chinese universities — to denounce social inequality in China and to push for greater protections for workers.

While the campaign is relatively small, Chinese leaders have long been wary of student-led movements, and they are especially nervous this year ahead of the 30th anniversary of the Tiananmen Square demonstrations, in which students played a central role.

The government has tried to obliterate the campaign repeatedly, detaining dozens of activists, censoring their online posts and intimidating their relatives. Last month, more than a dozen students at Peking University in Beijing protested after the university blocked them from organizing a celebration for Mao’s birthday and forced them out of a Marxist student group.

Human rights advocates warned that the taped confessions were an escalation and might indicate that the authorities are preparing to bring criminal charges.

The government often uses forced confessions by journalists, lawyers and activists for propaganda purposes, even before any formal legal proceedings have begun.

The videos focus on four activists — Yue Xin, Shen Mengyu, Gu Jiayue and Zheng Yongming — who were detained in August while helping workers at a welding manufacturer in southern China organize an independent labor union.

In the videos, which total about a half-hour, the activists, all in their 20s, confess to a variety of offenses, including subverting state power and working with foreign forces to hurt China’s international image, activists said in interviews on Monday. Some of the detainees say that they helped spread “radical leftist ideology,” the activists said. A male narrator provides commentary on their mistakes.

In one segment, Ms. Yue, a recent graduate of Peking University who gained prominence as a #MeToo activist, acknowledges her errors and then vows to “stand with the people and stand with the party,” the activists recounted.

In the video, the activists look pale, with dark circles under their eyes, and they speak as if reading from a script, the students said in an online post.

The whereabouts of the detained activists are unknown. Chinese officials have not publicly discussed their cases.

President Xi Jinping has led a relentless campaign against free speech since rising to power in 2012. While protests over labor issues are common in China, Mr. Xi’s government has strictly limited efforts to press for greater protections for workers, such as the creation of independent unions.

While the young communists describe themselves as admirers of Mr. Xi, they have bluntly questioned the government’s devotion to the common worker, a cause that Mr. Xi has championed and a critical part of the Communist Party’s identity.

Jenny Chan, an assistant professor at the Hong Kong Polytechnic University who has spoken in support of the students, said the government’s fears about the students were unfounded.

“What have they done to deserve being arrested?” she said. “The government is just using old tactics and old ways of threatening people into silence.”