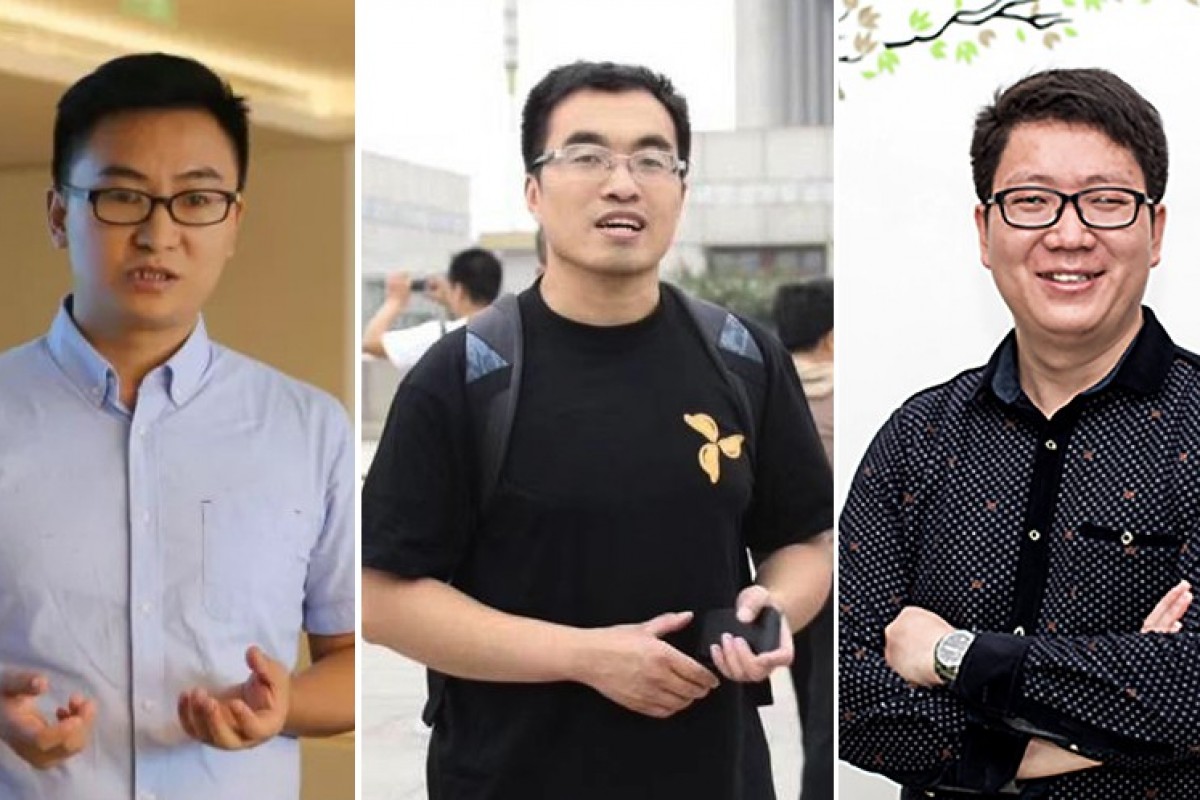 China’s crackdown on organisations that support migrant workers continued apace this month with the detention of at least three NGO workers in police raids.

In separate but apparently coordinated moves, police officers in Beijing, Guangzhou and Shenzhen entered the premises of three organisations that provide training, social and advisory services.

They then questioned staff and volunteers, seized documents and computers, and apprehended at least three people, according to witness reports and information shared on social media.

Li Dajun, the director of Hope Community in Beijing, is among those thought to be in custody. The group he represents carries out research work and provides advocacy for migrant workers and their children in the Chinese capital. 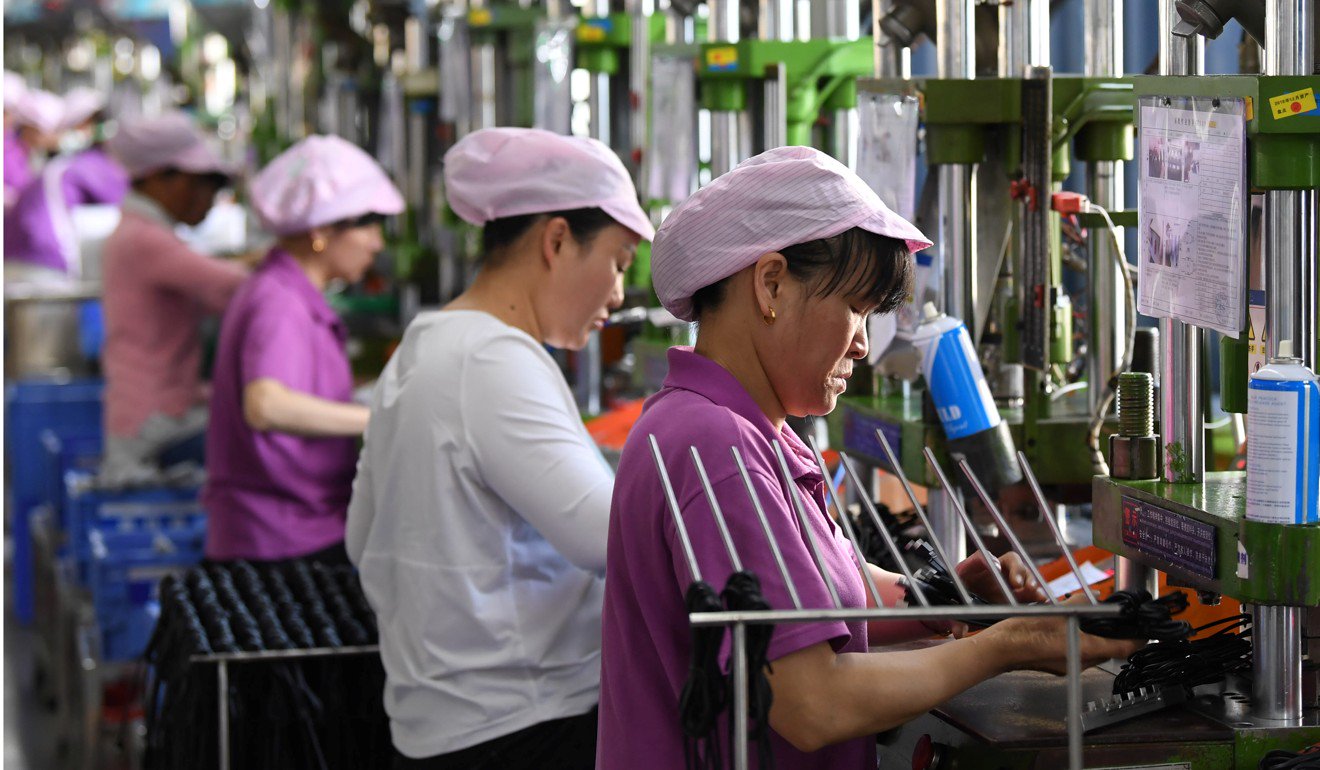 While his detention has not been confirmed by the authorities, sources said his phone had been switched off since the raid on Wednesday and he had not been in contact with his family or friends.

In Guangzhou, capital of south China’s Guangdong province, Liang Zicun was volunteering at the Guangdong Mumian Social Work Association – a group that mostly provides vocational training for migrant workers – when police entered the premises and apprehended him.

A friend, who asked not to be identified, said Liang, who frequently volunteered at the centre, called from police custody on Wednesday night, asking for clean clothes and some personal items.

“He didn’t sound scared, but more angry at the surprise action and disregard for his rights,” the person said.

The third person believed to have been detained is Li Changjiang, director of the Qinghu Workers Centre in Shenzhen, Guangdong, which organises social activities for migrant factory workers.

A friend said in an interview that Li was taken away on Wednesday afternoon after police raided his office, conducted a search of the premises and questioned members of staff. 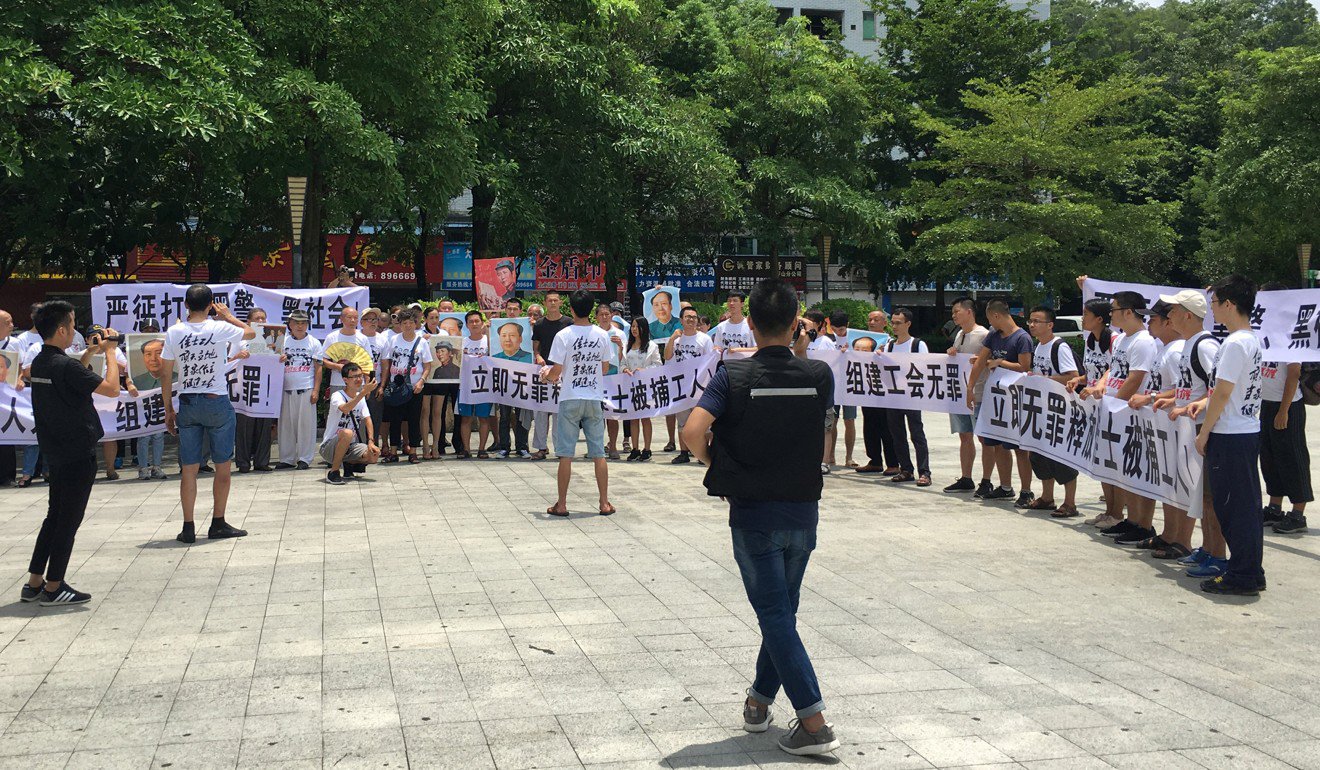 People take part in a demonstration in support of factory workers of Jasic Technology on August 6.

“Things have been tighter recently, and police have made more and more arrests since Jasic last year,” the person said, referring to the labour dispute at stock market-listed Jasic Technology in Shenzhen, whose workers staged protests for the right to set up a union.

Dozens of Jasic workers and their supporters – including members of Marxist student groups and Maoist organisations – have been detained since the dispute began in June last year.

Wednesday’s raids came after a number of large-scale round-ups of labour activists, including five people in January, who were detained on the catch-all charge of “picking quarrels and causing trouble”.

Three editors of the New Generation labour news website – Wei Zhili, Ke Chengbing and Yang Zhengjun – were also taken into custody on the same charge in separate incidents between January and March.

Chris Chan, an associate professor at the Chinese University of Hong Kong who studies social activism in China, said the crackdown on labour activist groups started in 2015 had put many of them out of business.

Only a small number of “service-oriented” organisations that helped with such things as education for migrant workers’ children had been allowed to continue, he said.

Chan said that more than 50 activists, students and workers had been detained since July, and that the authorities had accused a number of students of fanning the flames of the Jasic workers’ protest. 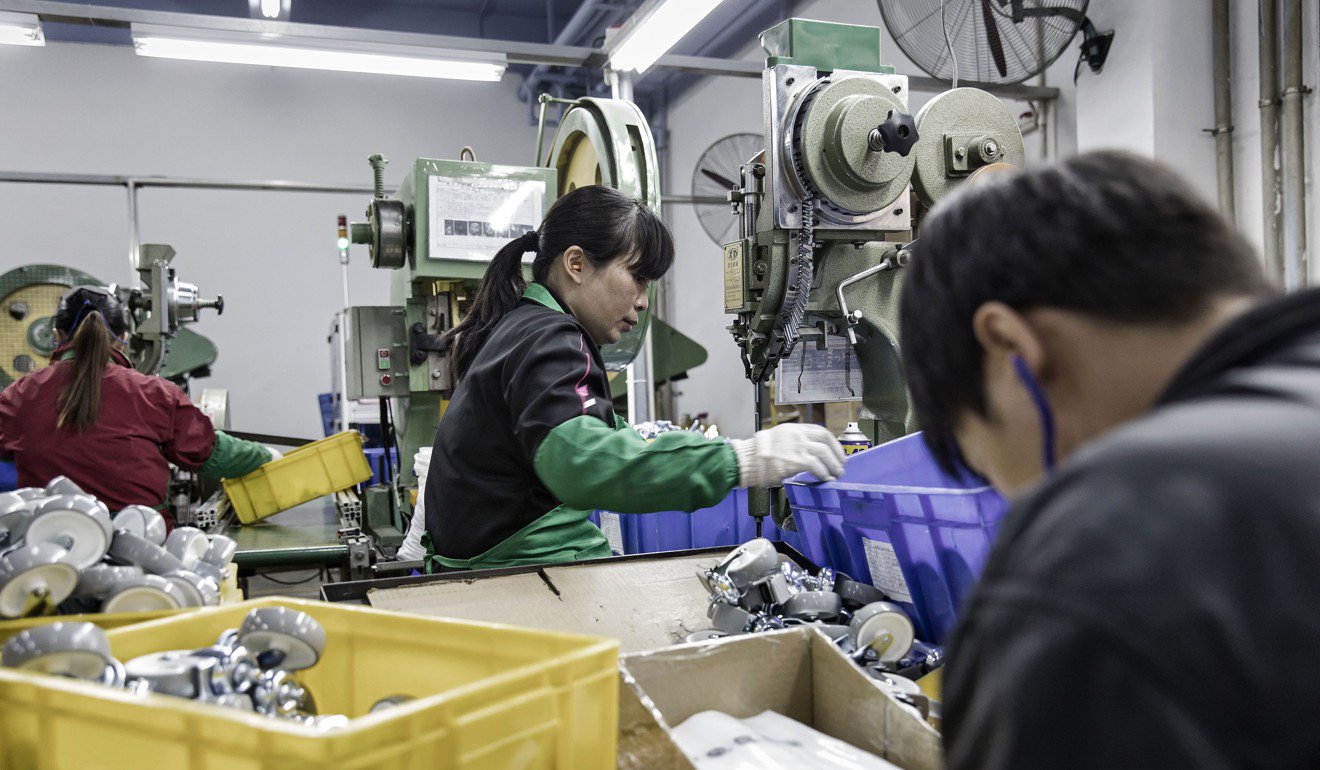 A crackdown on labour activist groups in China has been going on since 2015.

Manfred Elfstrom, a scholar and teaching fellow at the School of International Relations, University of Southern California, said controls over China’s labour groups had been tightened significantly in recent years.

“This seems to be especially true for working class concerns,” he said.

Geoffrey Crothall of China Labour Bulletin, a labour rights monitor in Hong Kong, said there appeared to be a pattern in the types of organisations being targeted.

“There are still plenty of civil society groups that have not been touched,” he said. “The ones that have been targeted are those that help workers to organise and take action, which are seen as a threat to social stability.”

Before being raided on Wednesday, the three support centres had operated without much trouble, and on occasion had even worked with local government offices, sources said.

The friend of Liang Zicun said there was nothing mysterious about the activities of the Mumian Social Work Association.

“Everything they did was public,” the person said. “Some of their work was even supported by local government offices and local businesses.”

Last year, Mumian took part in a gathering of NGOs organised by the department of human resources and social security at the Shunde district government in Guangzhou, the person said, and in 2016, it hosted a joint discussion on the needs of vocational school students with a social services organisation, also under the district government. 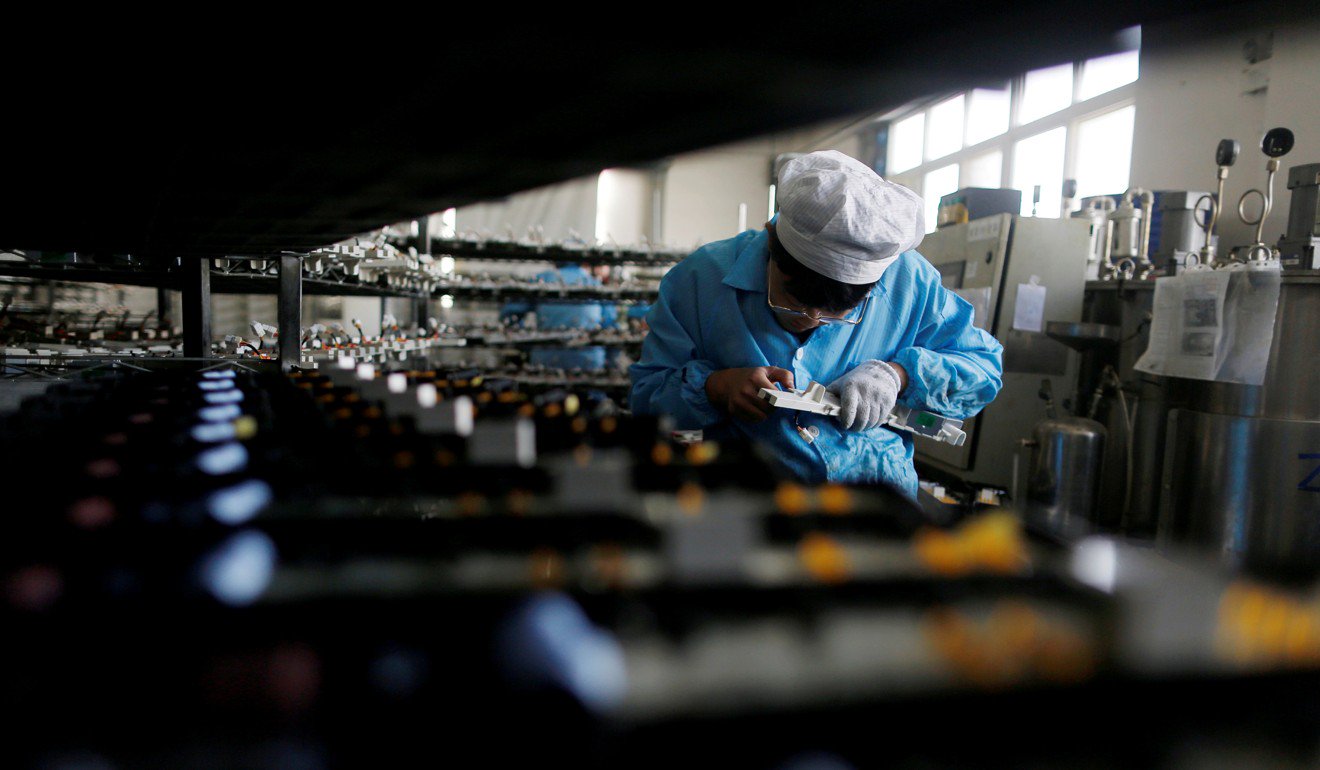 Sources said that before Wednesday’s raids the three support centres had operated without much trouble.

A man who spent 12 months as a volunteer teacher at Qinghu said the centre was an important feature of the migrant worker community in Shenzhen.

“The life of a migrant worker can big difficult and even boring,” he said. “They don’t have a lot of money because they try to send as much as they can home to their families, so the free services at the centre were a big deal – they could take guitar lessons, study English or even learn taekwondo.”

People also used the centre to share their concerns and mingle with others in a similar situation, he said.

“I think the government feels threatened by workers organising themselves, even in the way this centre did, which was harmless.

“The party wants control over the ideas of the people, even in what was a relatively tame operation that let working class people think about their role in society on their own terms and was not threatening to the government. That’s why the centre was shut down,” he said.

Chan said the tight controls on labour organisations and NGOs was likely to continue in the coming months as the country’s leaders were worried about maintaining social stability on the approach to several sensitive dates, most notably the 30th anniversary of the 1989 Tiananmen democracy movement in June and the 70th anniversary of the founding of the People’s Republic of China in October.