(Chinese Human Rights Defenders—July 25, 2019) The Chinese government has continued to persecute labor organizers and labor rights activists one year after suppressing a labor strike in the southern city of Shenzhen. Since authorities first began detaining protesting workers at the Jasic Technology factory and their supporters on July 27, 2018, the government has ramped up its anti-labor campaign by detaining and harassing labor rights advocates, including factory workers, activists, researchers, NGO workers, social workers, and media editors beyond the Shenzhen Jasic strike. In a clear demonstration of the Chinese government’s continuous failure to protect socio-economic rights, including workers’ rights to fair wages, safe working conditions, or independent trade unions, authorities have targeted labor organizers and those who have spoken up in support of workers in order to punish and silence them.

As China’s development “model” continues to deepen socio-economic inequalities and ferment social discontent, there have been numerous workers’ strikes and protests for environmental and other social safety-net protection in many Chinese cities. The government’s suppression of these protests and persecution of labor organizers, activists, and citizen journalists goes hand-in-hand with its boastful promotion of the “China model” as the alternative to democratic governance, human rights, and rule of law for other countries around the world. A China-sponsored resolution attempting to weaken universal human rights protection in the name of development was adopted by the Human Rights Council on July 10, 2019. Of concern is that the China-drafted resolution has again excluded previously internationally-accepted language that development cannot be used to abridge human rights.

While labor organizers and activists have faced growing repression in recent years, including the 2015-6 arrests and subsequent convictions of labor NGO workers in Guangdong at the Panyu Migrant Workers Center and the imprisonment of labor activist Liu Shaoming (刘少明), the year since the Jasic strikes has featured the disappearances and detentions of workers accused of leading or organizing the strike and detentions of other labor rights activists not involved in the Jasic movement.

CHRD urges the Chinese government to release the detained labor rights activists. These detentions are arbitrary because authorities detained these individuals in retaliation for their peaceful exercise of the rights to peaceful assembly, free expression and free association through organizing an independent labor union. Enforced disappearances violate Chinese criminal code and international human rights standard. The detainees have been denied their rights to a fair trial and legal counsel. Those forced into disappearance are at risk of being subjected to torture.

Jasic Technology Factory Workers Arrested for Standing Up for Their Rights

Last summer, Shenzhen police broke up a protest by workers dismissed from a Jasic Technology factory for trying to form a union, taking into custody dozens of workers and one student labor activist. Four workers— Li Zhan (李展), Liu Penghua (刘鹏华), Mi Jiuping (米久平), and Yu Juncong (余浚聪)—are still in custody a year on. Following the July 27 raid, police detained NGO worker Fu Changguo (付常国), a staff member of the Shenzhen Dagongze Migrant Workers Center (DGZ). The workers had attempted to form a union and went on strike over deteriorating conditions at the factory; they alleged the company restricted pay each month by arbitrarily changing their schedules, underpaid contributions into their social insurance and housing funds, formulated an arbitrary system for fining workers, leaked employee identity information, illegally established employee blacklists, and infringed on worker privacy. China’s state media portrayed the protests as orchestrated by an “illegal” NGO that was receiving overseas funding, instead of addressing concerns about the working conditions at the factory. Six UN independent experts wrote to the Chinese government in May 2019 expressing concern over the detentions, following a submission from CHRD earlier this year. The five men have been denied access to legal counsel for months and Fu Changguo’s current location is unknown.

The Jasic workers efforts to unionize caught the attention of many students or recent graduates from elite universities, who organized and travelled to Shenzhen to support the Jasic workers’ strike and help push for protection of their rights. The CCP treated the student solidarity movement as a serious threat, despite the moderate demands of the students to defend the rights of Jasic workers and the involvement of many of the students in Marxist societies on campus. Peking University’s CCP secretary claimed there had been an “illegal organization” that infiltrated the university and “incited subversion of state power,” a familiar trope used by the government in an attempt to smear home-grown activism against its discriminatory and unequal policies. In March, at least 23 students or recent graduates were still missing or detained. 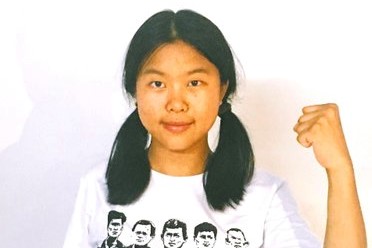 Police first targeted the students with a raid on their Shenzhen apartment in August 2018, with officers detaining and disappearing dozens of students and graduates and in the months that followed. Four leading organizers detained in the August raid, Peking University graduates Yue Xin (岳昕) and Gu Jiayue (顾家悦), Sun Yat-sen University graduate Shen Mengyu (沈梦雨) and Nanjing Agricultural University graduate Zheng Yongming (郑永明) are still out of contact. The four appeared in confession videos circulated by the government to other students on campus in December 2018, warning them to stop their activism. Their whereabouts and treatment are still unknown and they may have been tortured or coerced into confessing on camera. In November, police detained and put in secret detention 12 more students, including kidnapping student Zhang Shengye (张圣业) from Peking University’s campus. Detentions of the students/graduates continued into December and January, with students active in the Peking University Marxist Society, like Qiu Zhanxuan (邱占萱) and Zhan Zhenzhen (展振振) detained for celebrating Mao Zedong’s birthday. 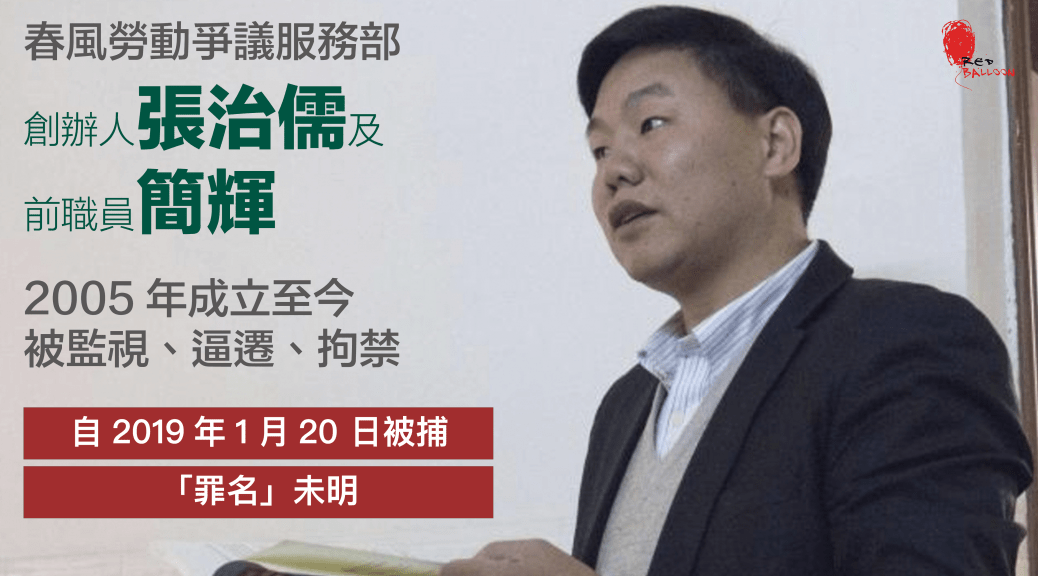 The crackdown escalated in January when Shenzhen police detained five labor NGO workers on January 20. Those seized included Zhang Zhiru (张治儒), the director of Shenzhen Chunfeng Labour Dispute Service Centre and two former staff members Jian Hui (简辉) and Song Jiahui (宋佳慧), as well as labor activists Wu Guijun (吴贵军), a former worker at Shenzhen Diweixin Product Company, and He Yuancheng (何远程), a former legal assistant at Guangdong Workers Protection Law Firm and former editor with Collective Bargaining Forum. All were detained in Guangdong except for Jian, who was picked up in Hunan before being brought to Shenzhen.

Between February 26-27, police formally arrested all five on suspicion of “gathering a crowd to disrupt social order.” All five are being held at Bao’an District Detention Center in Shenzhen. Their access to legal counsel has been sporadic: In March, authorities denied Wu’s lawyer a visit with him, but has since been granted two meetings. Jian Hui has met his lawyer twice and Zhang Zhiru has also met his lawyer twice, most recently on July 4, though several requests for meetings were denied. Though the timing of the detentions and the criminal charges levied against them seemed coordinated, it is still unclear if the cases of all five are related. Three of the detentions appear to be tied to the Chenfeng center, but He Yuancheng has been questioned by police about a 2014 collective action. Jian Hui had been interrogated about the Chenfeng center, including its funding sources, and Zhang Zhiru’s role.

Authorities have also targeted citizen journalist activists trying to draw attention to labor rights abuses. Three activists running an online independent media platform “iLabour” (新生代) have been disappeared into “residential surveillance at a designated location” (RSDL). The detentions are likely in retaliation for their efforts to support Hunanese migrant workers sickened with pneumoconiosis, which was caused by inhaling dust while working in construction in Shenzhen for the past two decades. Shenzhen police detained iLabour editor-in-chief Yang Zhengjun (杨郑君) on January 8 on suspicion of “picking quarrels and provoking trouble” and disappeared him into RSDL on February 6. Police grabbed his colleagues Ke Chengbing (柯成冰) and Wei Zhili (危志立) on March 20 before disappearing them into RSDL on April 19.

The three had set up iLabour in 2013 as a platform to raise awareness of labor rights issues by covering worker-related stories and news. The articles, written by contributing writers that includedscholars and labor activists, also included sharing workers’ human rights advocacy experiences, and providing workers with a platform for labour rights consultation. Authorities have put pressure on the families of all three men to dismiss the lawyers that the families have engaged, and possibly have coerced the detainees to express the desire to “fire” such lawyers or refuse to have the lawyers represent them. Wei Zhili’s wife, Zheng Churan (郑楚然, aka Datu [Giant Rabbit], 大兔), is a well-known Chinese feminist activist and has consistently spoken outonline about his case.As a consequence, she has faced ongoing harassment and retaliation from Chinese authorities

On May 8, police in three cities detained three social workers who worked on migrant worker and occupational issues, in an apparent coordinated raid. Police detained Liang Zicun (梁自存), a post-doctoral researcher from Tsinghua University who volunteered with the Guangdong Mumian Social Work Center, from his Guangzhou home and seized his computer, phone, and took him to his office to seize his work computer. Li Changjiang (李长江), the director of the Qinghu Social Learning Center (清湖社区学堂) in Longhua District, Shenzhen was taken away by police on the same day. Beijing police seized Li Dajun (李大君) from the Leng Quan Hope Social Centre (冷泉希望社区) offices, seizing computers, phones and other materials. Li had set up the Hope Center in 2011 to help migrant workers children in Beijing obtain education. The three organizations had connections with local government offices and some have been featured in State media, thus the targeting of these three appears to be an escalation against researchers and NGO and social workers who have assisted workers in learning about and protecting their rights. The criminal charges and locations of the three men is unknown. 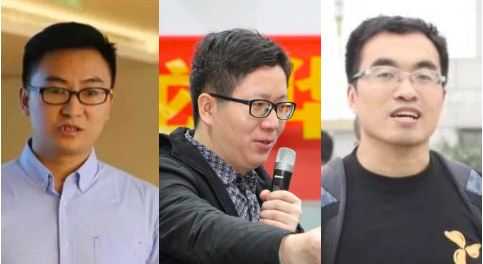 Guangdong police seized labor activist Ling Jianhua (凌建华) (aka Ling Haobo 凌浩波) on June 19 from the Huadeng Toy Products Limited Company factory in Heyuan City and criminally detained him the next day on unknown charges. He is being held at Heyuan City Detention Center in Guangdong. Ling, who is originally from Suizhou in Hubei, has been living and working in Guangdong in recent years. Ling, who tweets from the account @52ling, had earlier been criminally summoned for questioning by police in Baiyun District in Guangzhou on May 29 after he tweeted in support of Deng Chunbin (邓传彬 aka Huang Huang 晃晃), who had been seized in the crackdown surrounding the 30thanniversary of the Tiananmen Massacre. Ling had left for Suizhou after the summons, but returned to Guangzhou on June 14. His landlord evicted him at the request of authorities, and Ling then left for Heyuan city on June 17 and began working at the toy factory and was detained shortly afterwards. 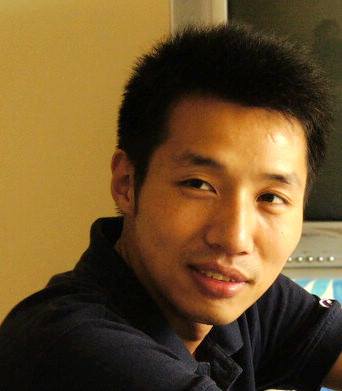 The Chinese government’s ongoing persecution of workers and labor rights advocates for demanding fair wages and labor protection makes a mockery of the Chinese Communist Party’s claim to be the “vanguard of the working class” and a “champion” for social economic rights. The ruthless clampdown on labor activism in China in the past year, with labor organizers and NGO staff jailed or silenced, must sound the alarm for the international community to speak out. The UN human rights and international labor rights bodies must hold the Chinese government accountable for its intensified persecution of labor organizers and workers’ rights advocates.

岳昕
List of the Summoned, Arrested and Disappeared Since July 2018